Do you have a question?

If so, we invite you to e-mail us at gro.tchcaet@tchcaet with your homeschool-related question.  Please type “Q&A Request” in the subject line of your e-mail.

How do I teach a child with “extreme” interests? 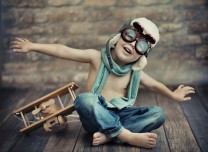 Q -
I have a child with “extreme” interests, who balks at learning what he is not interested in. How do I encourage him to explore what he loves, while still getting him to be willing to learn what he does not particularly love?

A -
First, I truly believe homeschooling is among the most excellent decisions you can make to help any child, but especially children with extreme interests. I believe that such children are like precious square pegs. When we try to force them into the round holes of life (such as fitting them into a formal school setting), we can squelch the fires of learning and exploration that are burning in their souls.

Of all six of our children, our second oldest son fits this description to a T. I knew early on (for certain by the time he was four) that he was a highly driven child when it comes to the topics he loves. For him, his topics of interest are mostly science related, and especially interesting to him are wildlife biology topics.

I still recall (to my cringing regret) my least stellar moment as a homeschool mom. I had my oldest three children sitting at their little desks, doing their “school at home.” This son was in complete rebellion to anything I was having him do. I could tell he was bored out of his mind, but I had my homeschool agenda, and he was going to follow it… so says me. Let’s just say the tone and volume of my voice was less than loving as I tried to squeeze my sweet little square peg into my round-hole vision of schooling.

I ended up in a pool of tears as I cried out to God to help me know how to teach this child in particular. Fast forward a couple more years and many more tears later. I finally had an epiphany, after years of practically begging for wisdom from the Lord on this. I remember being downstairs in our homeschool room. This son had wildlife biology on his brain; I had some other subject on mine. Pathetically and desperately, I pulled out my (shameful) “bribe the kid” card. I told my son I would get him some wildlife learning materials if he would just do his (“real” in my mind) school work. In that moment of desperation, I realized that for my son, his most real learning was going to come from his wildlife learning excursions. I needed to stop fighting them and start nurturing them.

From that point on, I subscribed him to a wildlife book series; bought him wildlife models and kits; signed him up to “adopt” (sponsor) a Peregrine falcon (his favorite bird of prey); bought him falconry materials; frequently took him to the library to choose his own wildlife resources; took him on wildlife related field trips (including traveling a “bit” to a place that had a visiting wolf, one of his favorite wildlife creatures); went on nature walks; at various times have had parakeets, cockatiels, zebra finch, a guinea pig, a hamster, fish, rabbit, turtle, anoles, a dog, bearded dragon, and pretty sure I’ve forgotten a species; (when he was old enough) let him go on self-explorations of the state park right down the road from us; and the list goes on.

Although I became my son’s biggest supporter of his wildlife learning, I did not become his wildlife teacher. What I did each day was teach my son what he considered the uninteresting topics, but which I considered essential to his learning; and then he was free to teach himself whatever he was interested in with wildlife. I would supply the materials, but he became his own wildlife teacher. This son’s entire demeanor changed after my epiphany. I am truly thankful for God’s answer to my prayerful cries for wisdom on how to help this child in particular.

This son is now 23. After graduating from homeschooling, he went on to graduate with a 4-year biology degree. He currently works at a veterinary hospital, but continues to hope to get his foot in the very narrow door of wildlife management. He regularly volunteers with various wildlife programs while he builds up his resume for his someday break-through “dream opportunity.”

To this day, my son continues to engage in self-teaching of wildlife topics. Recently, he came home from the vet hospital with a bag in his hand, accompanied by a Cheshire Cat grin. I reluctantly asked what was in the bag. He informed me that someone brought in to the hospital an opossum that had been hit by a car, but which was still barely alive. The person could not stand to see the opossum struggling for life, so asked that it be euthanized. After it was put down, my son asked if he could bring the dead opossum home to be able to skin it (a biologically related hunting/trapping skill he has been interested in learning). Although he took care of the disgusting part outside (and as required by the hospital, returned the skinned carcass to them for proper disposal), I walked by his bedroom a few days ago and noticed he was working on something on the floor. That’s when I realized he was hand-stitching a hole in the opossum skin that was hanging on a drying board. I suppose it will soon be hanging on his bedroom wall. How lovely.

God’s Word tells us to, “fan into flame the gift of God.” (2 Timothy 1:6)  Whether such gifts are spiritual gifts or gifts of “extreme” interests, is there really any better platform than homeschooling for parents to be able to help nurture and fan into flame our children’s gifts from God?