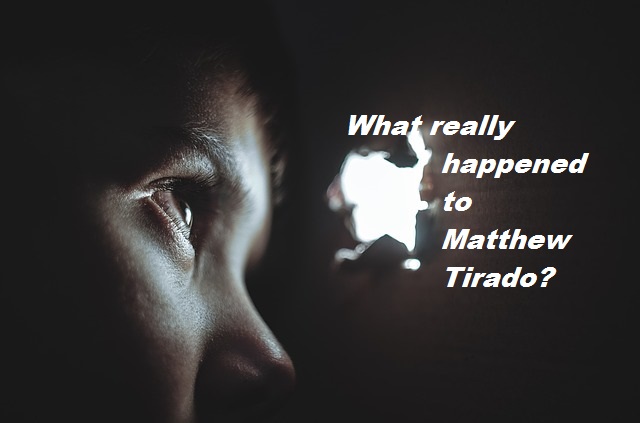 The Tirado case does not justify regulation of CT homeschoolers.

Note: A short video of Matthew’s case can be viewed here.

On February 14, 2017, Matthew Tirado died of child abuse. Matthew was a nonverbal autistic 17 1/2 year old who was enrolled in public school and was known to the Department of Children and Families (DCF) from the time he was five years old. There were years of repeated reports to the Department of Children and Families for neglect, abuse, and truancy. A court found that his sister was abused and the mother was placed on the Child Abuse Registry.

Despite these red flags, the Department of Children and Families failed to respond to the schools that reported non-attendance and requested meetings. It failed to review medical records when the sister reported that Matthew was also abused. It failed to request a well-child check or a 96 hour hold after this allegation. It failed to request an order of temporary custody after his mother failed to appear at 5 scheduled court dates. Instead, in December 2016, DCF asked the court to close a neglect petition because it was unable to contact the mother. In a 45 second hearing, the court agreed to close the petition.

In December 2017, the State Child Advocate, Sarah Eagan, presented the report of her investigation into Matthew’s death to the Children’s Committee of the Connecticut Assembly. Ms. Eagan detailed 78 pages citing multiple failures in the school system, the judicial system and DCF, but failed to call for any penalties for the people involved. Instead, on page 79 of her report, she recommended increasing regulation of homeschooling because 2 months before Matthew’s death, his mother filed a Notice of Intent to homeschool his sister.

The abuse suffered from the Tirado children was horrific and should have been prosecuted much earlier in their lives. Their educational setting, however, had nothing to do with what occurred. Withdrawal of a child to homeschool does not shield an abuser from the power of the law. The laws were simply not followed. When educational setting is considered, research shows that children are safer in a homeschool environment than in the public schools. See https://homeschoolingbackgrounder.com/.

Matthew Tirado was not hidden. He was forgotten. Increased regulation of homeschooling would not have saved him.