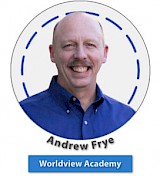 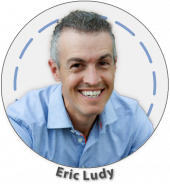 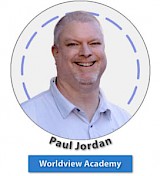 Reckoning with Truth (Eric Ludy)
This message is an introduction to the facts that never fail, the Word that never returns void, and the Truth that truly does make the Christian free. Because in such a showdown, the Cross of Christ always proves victorious.

Lineage of Majesty (Eric Ludy)
You thought genealogies were boring? Well, not after this message, you won’t! Throughout world history, the Hebrews have stood unmatched in their maintenance of genealogies, lineage, and descent. God promised them that from their bloodline would come One who would rescue the world from sin. This “Deliverer” would be of the seed of the woman, born of a virgin, born in Bethlehem, and would be from everlasting. Well, this “Deliverer” has come. And just as promised, He was born of a virgin girl in Bethlehem, and He was no mere man. He was God born in the body of a man. Buckle your seat belt for this one!

Reliability of Scripture (Paul Jordan)
Maybe the canon should have been closed after the first five books were written. What about after the Old Testament was finished? The New Testament? Should the Apocrypha be added? Is the Bible really the Word of God, or could it be that there are other sacred writings that we should follow? This talk will reinforce why we don’t have a blind faith. The Scripture is the reliable, trustworthy, completed Word of God.

Earn This (Paul Jordan)
How do we earn salvation? How do we keep it once earned? What must I do for God to be proud of me and approve of my works? What do I do about the shame and guilt I feel, even as a believer? This talk includes a hermeneutical study of Romans 8:31-39 and encourages followers of Christ in the total propitiation process.

Ten Simple Proofs - Why We Can Have Unshakable Confidence in the Bible (Eric Ludy)
Scripture is under attack, and countless individuals, even within the Church, doubt the authenticity and supernatural construction of God’s Word. This message examines ten simple proofs of the construction, preservation, and accuracy of the Word of God. It will supercharge your faith, give you greater confidence in the Word of God, and cause you to fall in love with Scripture all over again.

The Power to Do It - Exchanging Failure for Victory in Your Daily Christian Life (Eric Ludy)
The constant declaration of the Christian life should be “I can’t, but God can!” Our lives were made to be inhabited by the living God, through the indwelling of the Holy Spirit, to be used as a “glove” upon His hand. This enabling power of His life, called grace, supplies all we need for life and godliness. Grace is far more than a mere hug of God. In this life-changing message, Eric Ludy equips you with the spiritual tools to stop trying to manufacture the Christian life and instead let God do it in and through you.

Veritas: Defending Truth in a Postmodern Age (Andrew Frye)
Sometimes it seems like Christians are almost the only ones who believe in truth as a “thing.” But despite elaborate explanations, the flood of fake news, and trendy French philosophy, Andy explains why the postmodern emperor “has no clothes,” and why Christians can humbly declare truth with confidence and grace.

Logos – A Reasoned Faith (Andrew Frye)
Andy debunks the myth of blind faith and the myth of pure reason. We’ll examine how presuppositions shape all of us and why the Logos of John 1 gives us a reason to reason at all. Along the way we’ll hear about the three ways of thinking that are at war in Western culture and how they shape your worldview and your culture.

Reaping the Whirlwind: Darwin, Scopes, & Evolution in History (Andrew Frye)
The evolution-creation battle isn’t really about science – it’s much bigger than mere fossils (as anyone who has listened Dawkins and the other so-called “New Atheists” knows). They involve the way we see everything. Andy explores the truth and created myths behind Darwin’s work and the infamous Scopes trial, and explores the forgotten social and historical effects of the popularity of the Darwinian worldview.